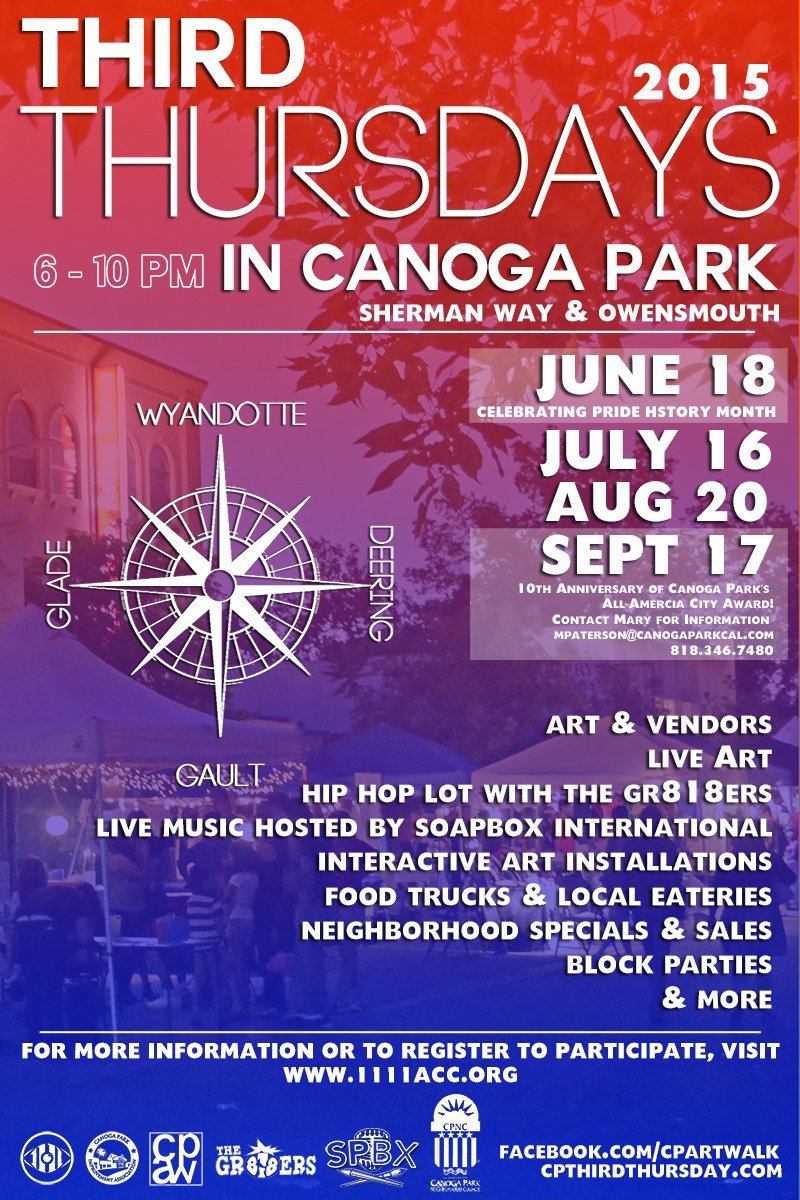 Third Thursdays takes over the streets of Canoga Park, bringing you:
Live music:
6PM Michel Aaron
Alterpop folk rock singer-songwriter from New York, NY
7PM Rivermaker
Songwriters Austin Smith and Brandon White unite their shared musical aspirations and talents to continue the work of Rivermaker; a salient motivated group influenced by ambient rock, the sounds of Los Angeles, and the attitudes of its outskirts. Singer/guitarist Smith, guitarist/bassist White, and drummer Mike Gatshall currently compose the performing entity that is Rivermaker.
8PM Encore
A young band based in the Valley who have a passion and drive for playing and making music. Alternative band with great music looking to quench your thirst for greatness!
9PM Politely Naked
Touting a sound larger than a three-piece band should legally be allowed to amplify, Politely Naked is currently bringing its catchy, hard-hitting music to the streets. Influences include Guns & Roses, KISS, Aerosmith, New York Dolls, and Van Halen.

Check out the map located at the entrance of the 11:11 ACC block party on Sherman Way & Owensmouth